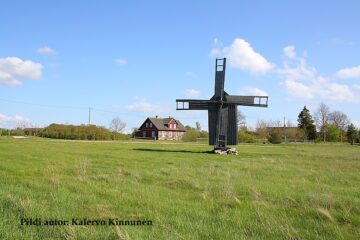 Vormsi Island is located on the eastern shore of the Baltic Sea and is the fourth biggest island (area 93 km²) in Estonia. The costal Swedish cultural heritage has been very well preserved on the island. The eastern part of Vormsi used to have fishermen and poorer folk, while the wealthier people- ship owners and sailors- lived in the western areas. If you want to learn about the history of the island, be sure to visit the church built during the 14th century with a cemetery featuring Estonia’s oldest Celtic crosses from the 13th century. The nature and landscape of Vormsi are diverse. The island has reedbeds, forests, lagoons and grasslands suitable for many plant and bird species. Vormsi is most of all suitable for people who love nature, peace and quiet. At the same time, it offers plenty of excitement for those interested in the history of Sweden and the Soviet Union.