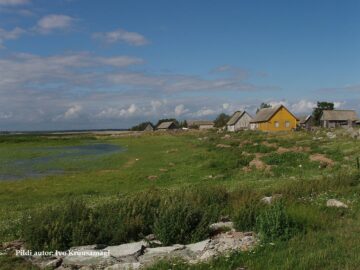 Manilaid – one of the smallest inhabited islets in Europe

Manilaid, i.e. Manija Island is situated at about 1 km from the mainland and has an area of about 2 km2. It is one of the smallest inhabited islets in Europe. The island was once used as a hay field and many fishermen found shelter from the storm there. The island was inhabited when Kihnu Island’s population would not fit on their island anymore, so 22 people decided to relocate to Manija. As a result, the cultures of these two island bear much resemblance. The main activity on the island is fishing, women knit and bake. There are 35 permanent residents currently living on the island.